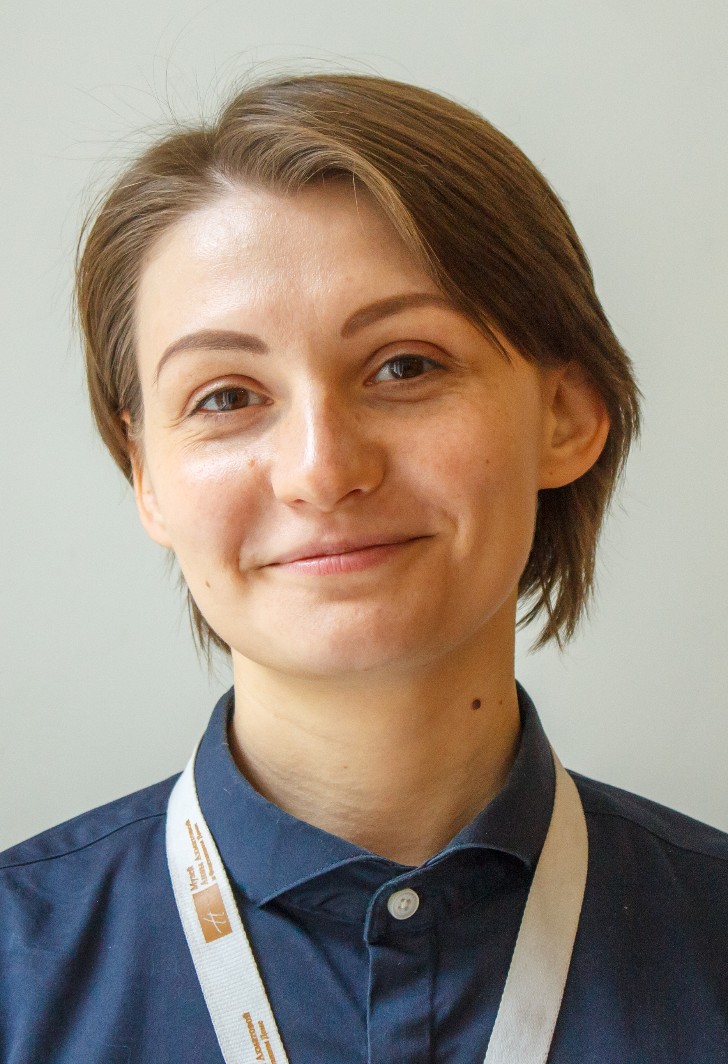 The head of the press service of the Anna Akhmatova Literary and Memorial Museum at Fountain House.

A graduate of the St. Petersburg State University (journalism, liberal arts and sciences). She attended the Art Marketing and Work with Audience seminar of the Cultural Management Workshop program organized by the British Council in Russia.

She started her professional career by working in the media (she was published in city publications, made news reports and hosted a program on Radio Rossii).

She combined it with over 10 years of work as a PR specialist in the field of culture and later with SMM support. She has collaborated with the M. Y. Lermontov Library, the Art Prospect Festival of Public Art, the Russia: Culture Dialogue open literature school, etc.

Since 2014, she has been heading the press service of the Anna Akhmatova Literary and Memorial Museum at Fountain House. Together with independent consultants, she has developed and implemented the museum’s Internet communication concept, created an SMM department, and oversaw the museum’s participation in international online events. She was responsible for creating the Fountain House's updated website where new digital projects are regularly published. She participated in the preparation of several significant projects for the museum, including the Brodsky DRIVE Festival, the Museum Inside online game dedicated to the museum’s 30th anniversary, and others.

In 2015, as part of a team of invited experts, she participated in the development of a framework concept for the development of the Luga Museum of History and Local Lore; in 2017 — in the creation of the concept of the Alexander Solzhenitsyn Museum Center in Ryazan (the section for working with the media and promotion on the Internet).