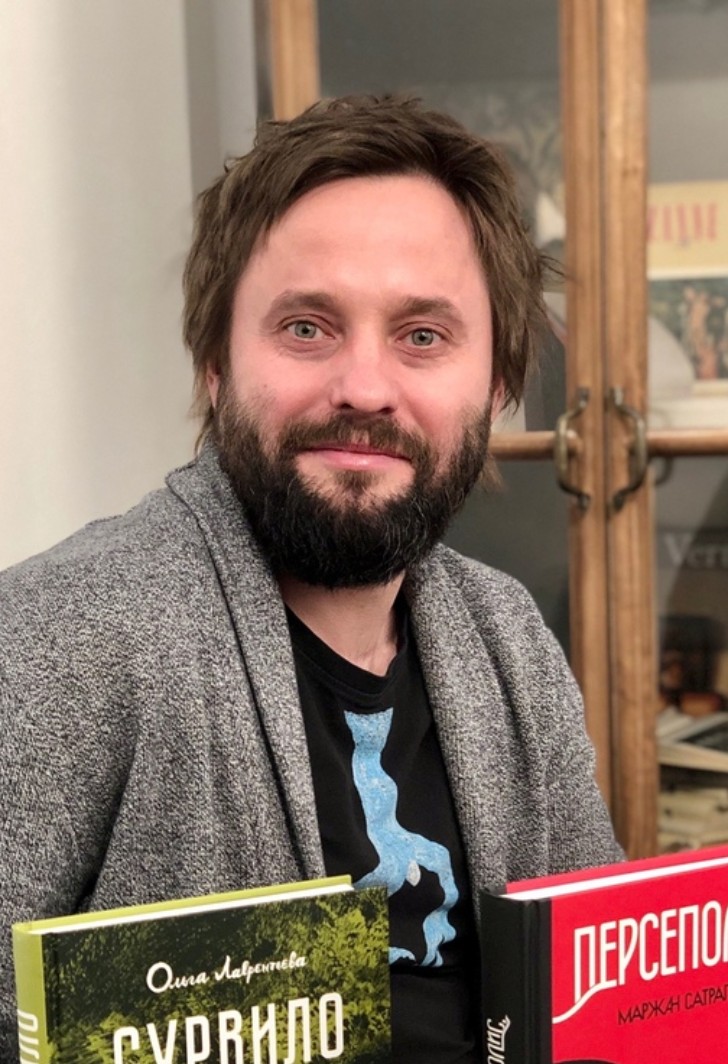 Born in 1981 in Kirishi. After moving to St. Petersburg in 2001, he began working in a bookstore. At that time, Dmitry got initially interested in comic strips and started organizing exhibitions and lectures. In 2007 he worked with his friends to organize the BoomFest International Festival of Drawn Stories in St. Petersburg. In 10 years, more than 200 authors and specialists from all over the world took part in this event.

In 2008, he used his contacts at the festival to found the Boomkniga Publishing House, which publishes the best books of comics by authors from all over the world. In 2017, the Publishing House got the prize of the French Embassy in Russia for publishing and promoting French comics.

In 2019, Dmitry served as the co-curator of the exhibition of Russian comic strips, opened by Mikhail Piotrovsky during the Hermitage Museum Days in Berlin. He also managed the Comics Space at MMKYA and non\fiction, major Russian book fairs.