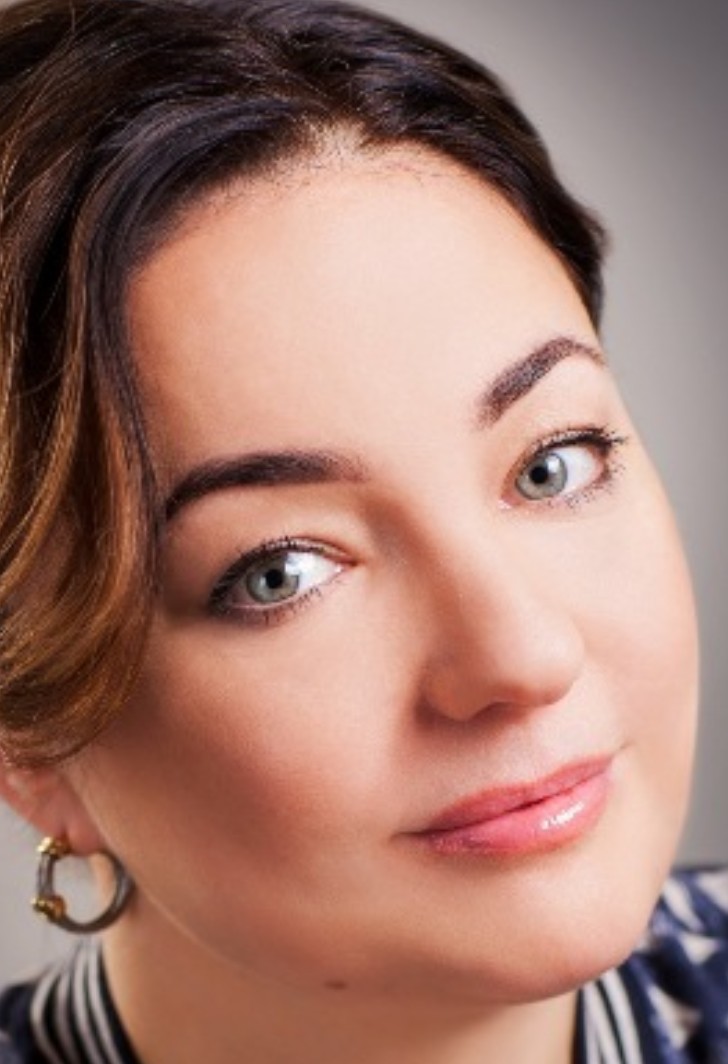 In May 2017, she joined the ASI team as Deputy Director of the "Young Professionals" Direction. Since 2019, he has been the head of the Informburo 20.35 of the National Technological Initiative Platform.

In 2006, she completed her postgraduate studies at MGIMO and defended her thesis for the Candidate of Sociological Sciences Degree (the topic of the work was "Sponsorship as a Social Technology for Managing the Image of Organizations").

In 1998, Gordina-Nevmerzhitskaya began her career as a PR specialist at JSC Iridium-Eurasia. In 1999, she became the head of the Department of Consumer Goods of the PVC PR agency. In 2000–2004 she held the position of PR and fundraising director of the Russian National Agency for International Festivals (Rosinterfest).

In 2004, she became the general director of the Media Republic communications agency. In 2009–2011, alongside managing the agency, she was an adviser for special projects and PR to the Vice President of the Vedis Group construction holding. In 2011–2013, she held the position of Director for External Communications at the Terra Auri group of companies.

In April 2014, Irina was appointed Deputy General Director of JSC VDNH. She headed the exhibition's block of external communications and international relations. In 2015, Irina Gordina-Nevmerzhitskaya won the national award "Media Manager of Russia 2015" in the Public Relations category for 'shaping and implementing the information policy of the Exhibition of Achievements of National Economy.'

In 2015–2017, she held the position of First Deputy Chairman of the Committee for Public Services of the city of Moscow, oversaw the Committee's informational support, the work of the Active Citizen project and the implementation of feedback with the Moscow population.