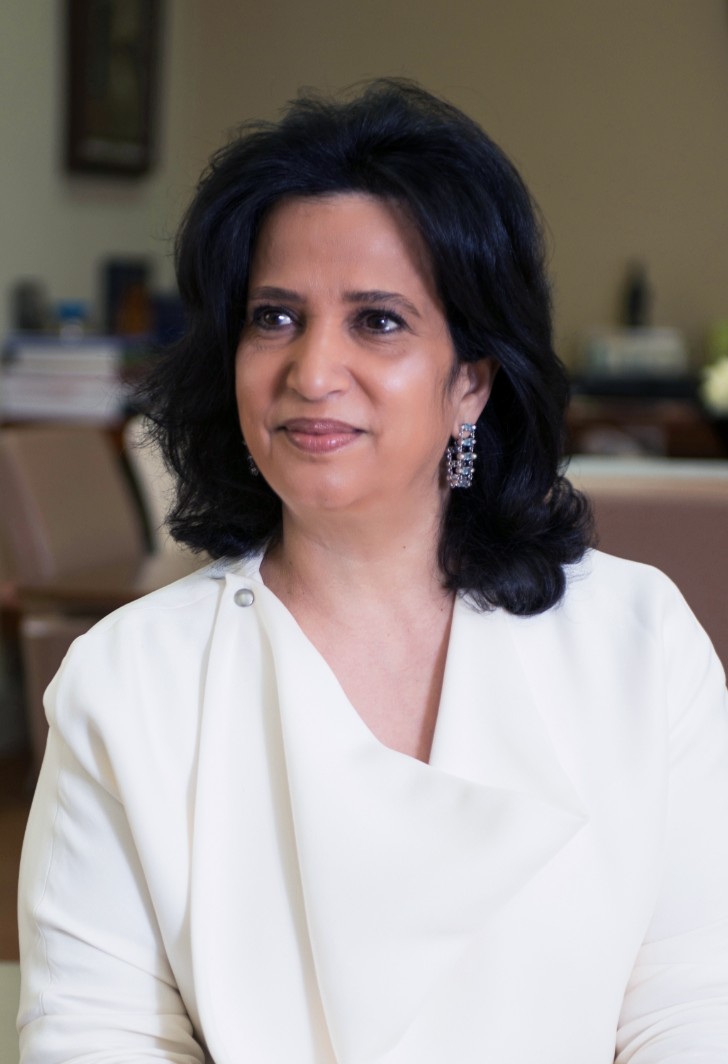 President of Bahrain Authority for Culture and Antiquities.
Bahrain

A leading figure in the Arab culture and art scenes, HE Shaikha Mai has spearheaded national efforts to develop the cultural infrastructure in the Kingdom of Bahrain for heritage conservation and the growth of sustainable tourism.

As the founder of the Shaikh Ebrahim bin Mohammed Al Khalifa Center for Culture and Research and Chair of its Board of Trustees since 2002, she works actively to foster culture and preserve the traditional architecture of Bahrain. It was to this end that she launched the nation-wide ‘Invest in Culture’ initiative, building an unprecedented partnership between the private and public sectors for heritage preservation, leading to the establishment of the Bahrain Fort Site Museum and the Bahrain National Theatre –key cultural tourism attractions. In addition, HE Shaikha Mai champions youth capacity building programmes in the fields of heritage and culture development. She established Taa’ Al Shabab, a Bahraini youth forum for emerging talent in which cultural dialogue is cultivated. Amongst her myriad achievements have been the 2005, 2012 and 2019 inscriptions of the Bahrain Fort Site, the Pearling: Testimony of an Island Economy and Dilmun Burial Mounds as UNESCO World Heritage Sites in addition to the founding of the Arab Regional Centre for World Heritage, a UNESCO Category 2 Centre, established to conserve the MENA region’s cultural and natural heritage. Today, a role model for culture and heritage enthusiasts, HE Shaikha Mai was the first laureate of the Colbert Prize for Creativity and Heritage in 2010. The mastermind of annual cultural and tourism initiatives such as the Spring of Culture and Bahrain Summer Festival, her efforts have also been recognized by the Arab Thought Foundation, which bestowed upon her the Social Creativity Award. Her Excellency has been recognized with several awards and prizes such as the Arab Women of the Year Award 2015, Watch Award 2015 by World Monuments Fund, the Légion d’Honneur, the Moroccan Order of Ouissam Alaouite (Grand Officer) and the Order of the Italian Star as well as the First Class Order of Merit from HM King Hamad of Bahrain. She also played a significant role that helped the Bahrain Pavilion win the silver Pavilion Architecture Award at Expo Milan 2015, and she was designated as “The Special Ambassador of the International Year of Sustainability for Development 2017” until 2019 from the World Tourism Organization, and nominated in 2019 as “the Arab Heritage Personality of 2019” by the Arab Tourism Media Centre. “The Revitalization of Muharraq project” has won the 2019 Aga Khan Award for Architecture 2019, which reflected Her Excellency's efforts to revive the city through the work of the Shaikh Ebrahim bin Mohammed Al Khalifa Center for Culture and Research and her work at the BACA. H. E. Shaikha Mai is also renowned as a local historian, published seven books both in London and Beirut which were distributed in Bahrain and internationally.