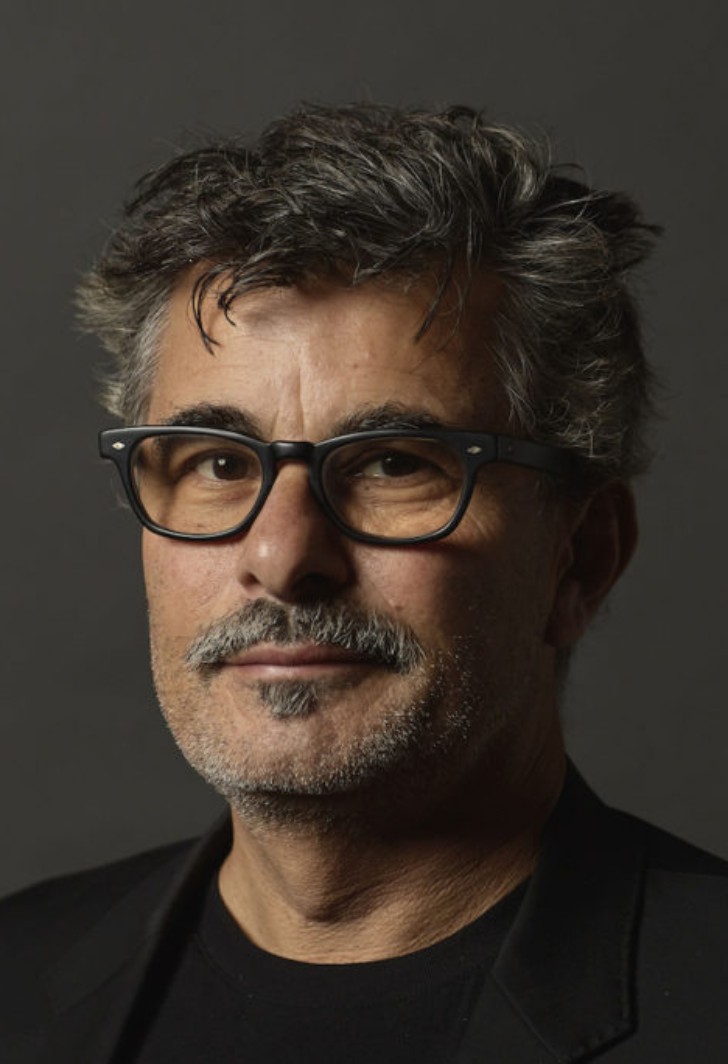 Paolo Genovese was born in Rome in 1966. After getting a degree in Economics and Commerce he started working in the advertising department of McCann Erickson Company, for which he created several award-winning ads in Italy and abroad. He taught at the European Institute of Design (IED), specializing in the topic of Equipment and the Audiovisual Language, and at the Telecom Italia (Res Romoli) Higher School of Communications, where he specialized in Advertising Technology and Lanuguage.

In 2003 a jury of representatives of major journals in the industry recognized him the best director of commercials of the year.

In the film industry, in 2001 he co-authored with Luca Miniero and then directed the film entitled “Incantesimo napoletano” (Charm of Naples), which won the David di Donatello Prize and two Golden Globe awards.

In 2003 he wrote and directed a film entitled “Nessun messaggio in segreteria” (No Messages on the Answering Machine”), which starred Carlo delle Piane, Pierfrancesco Favino and Valerio Mastandrea. In 2006 his next film was “Viaggio in Italia, una favola vera” (A Voyage to Italy) with Licia Maglietta and Antonio Catania. “A Voyage to Italy” became an experiment of sort: it was shown in small snippets in twenty mini-series in Giovanni Floris’s program on Rai Tre TV Channel. In three years, in 2008, Genovese once again worked with Luca Miniero, this time for Buena Vista company. Together they shot a film entitled “Questa notte è ancora nostra” (A Night for Two), starring Nicolas Vaporidis. In the same year Genovese filmed the mini series “Amiche mie” (My Friends), starring Margherita Buy, Elena Sofia Ricci, Luisa Ranieri, and Cecilia Dazzi.

The most productive period of Genovese started in 2010, when he turned out another successful comedy year after year, and recevied one Golden and two Silver awards of the National Cinema Association. It was then that he directed:

“Immaturi” (The Immature) (January 21, 2011) and “Immaturi-2: Il viaggio” (The Immature-2: A Voyage) (January 5, 2012), both top-grossing films. For the former film Paolo Genovese was nominated for several David di Donatello prizes and the Silver Ribbon Prize. The music score for the film was written by Alex Britti.

In 2014 Genovese worked on script and directed the comedy entitled “Sei mai stata sulla Luna?” (Have You Been to the Moon.) The film was released in January 2015 and its soundtrack, composed by Francesco de Gregori, received the Silver Ribbon award. The film also won a prize at a festival in Miami.

“Perfetti sconosciuti” (Perfect Strangers), a comedy completed in 2016 became the tenth full feature film directed by Paolo Genovese. In the film, the director continued cooperating with the famous Italian singing composers, and the main theme for the film was written by Fiorella Mannoia.

The rights to “Perfect Strangers” were sold to more than 50 countries of the world. Remakes of the film are being made in France, Spain, Greece, Hungary, Turkey and Russia. The comedy became one of the most successful European films over the past thirty years.

Based on his film, Paolo Genovese wrote a script for his series “Immaturi” (The Immature).

In 2017 he filmed “The Place,” selected to be shown at the film festival in Rome. The film was nominated for 8 David di Donatello prizes, and the rights for the film were purchased in 50 countries of the world.

Italian Cinema of the Third Millennium