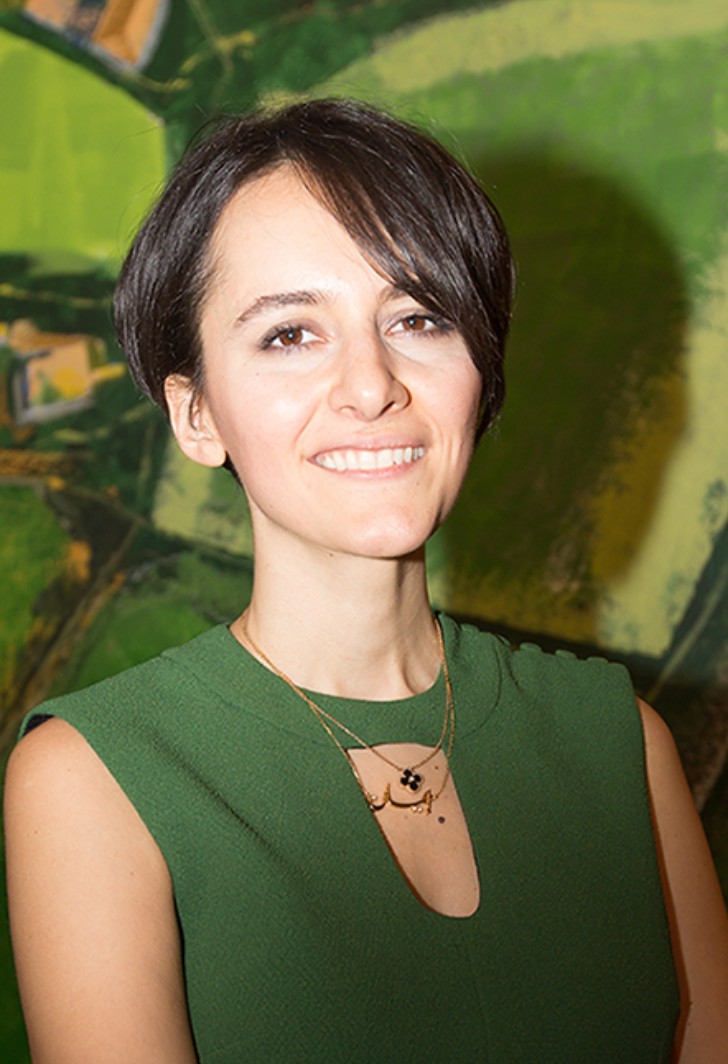 YARAT is a not-for-profit institution with 3 exhibition venues, an international artist residency and a multidisciplinary public and education programme, including lectures, workshops, festivals and events for both art professionals and enthusiasts alike.

She also curated "The Union of Fire and Wate" — YARAT's critically acclaimed Collateral Event at the 56th Venice Biennale in Palazzo Barbaro with Almagul Menlibayeva and Rashad Alakbarov. Her curatorial activity includes independent projects such as Mike Nelson's "Cloak" for Nouveau Musee National de Monaco (2016) and "It's OK to Change Your Mind: Contemporary Russian Art from the Gazprombank Collection" for MAMbo, Bologna (2018).

Prior to joining YARAT in 2014, she was a specialist at Sotheby's London where she curated groundbreaking exhibitions "At the Crossroads: Contemporary Art from Caucasus and Central Asia" (2013) and "At the Crossroads 2: Art from Istanbul to Kabul" (2014), as well as heading up the "Contemporary East" sales. She was a faculty member at Istituto Europeo di Design Venice in 2015–2016 and is a PhD candidate at the European Graduate School, Saas Fee.