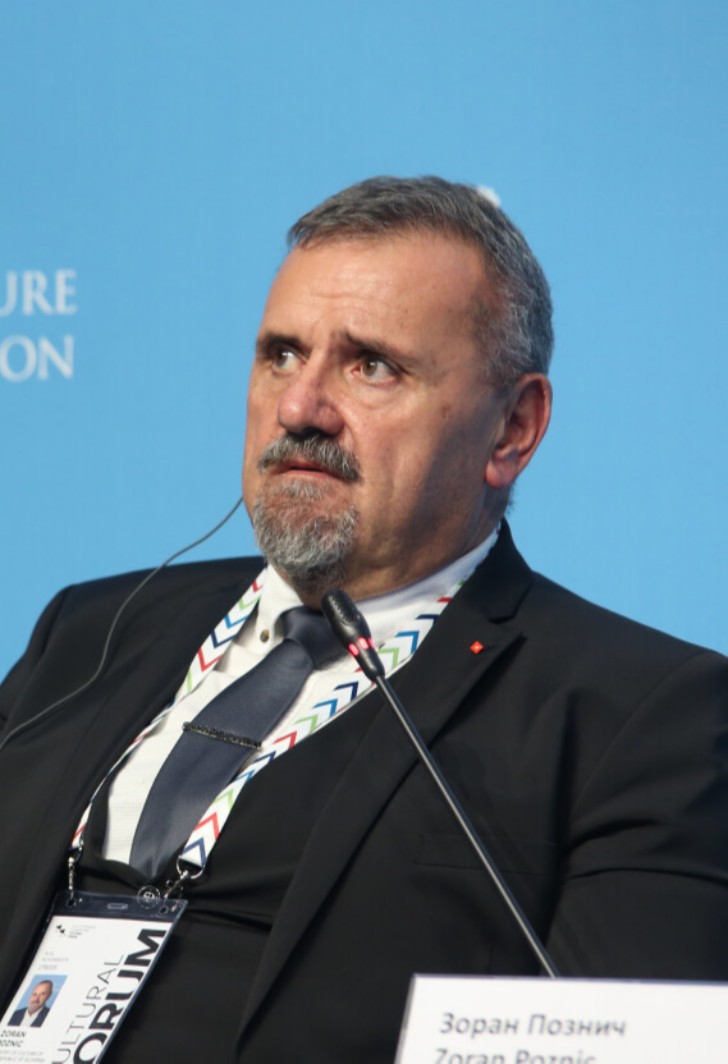 Speaker
Minister of Culture of the Republic of Slovenia.
Slovenia

Academic sculptor Zoran Poznič was born in 1959 in Trbovlje, Slovenia. After finishing elementary school he enrolled in the Secondary School of Printing and Paper (1979), following the Secondary School of Logistics (2003). In 2007 he graduated at the Academy of Fine Arts and Design within the University of Ljubljana, where he was part of the sculpture deparment. He did a master's thesis on the social structure of the video, which gained him his master's degree in new visual communications and media in 2010. He also mentored several art groups and expert juries.

During and after his studies he had several local and international art exhibitions. In 2012 he received a local award (prvojunijska nagrada Občine Trbovlje) from his hometown of Trbovlje for his life work. Both in 2016 and 2017 he received an award for innovation (srebrni znak za inovacije) awarded by the Chamber of Commerce and Industry of Slovenia, and in 2018 he was also awarded by the Slovene Tourist Organization for the originality of his idea "Virtual Polygon: The Hole to the Future". He has been the director of the Cultural Institute Trbovlje since 2008 and the vice president of the Slovenian Association of Fine Arts Societies since 2017.
More
Program
All events
14:00 — 16:00
Conference
RUS, ENG
Badge
Badge

Art of Expression Through Impression